Paleos Panteleimonas is located at the northeastern foot of Olympus mountain. It is characterized as a traditional settlement as it is one of the best examples of traditional Macedonian architecture in northern Greece.
The settlement managed to retain its local color as it had been almost deserted since the 1950s, when its inhabitants moved en masse to the largest settlement of Neos (New) Panteleimon.
In the 1980s, however, the situation changed, when the settlement was restored and its rapid tourist development began.

The traditional local color of the settlement as well as the short distance that separated it from the tourist resorts of Pieria and the Athens-Thessaloniki national road sparked tourism in the area.
Today it is an attraction for visitors and passers-by in southern Pieria.

The church of Agios Athanasios has been characterized as a historical monument which is “a one-room building, with a narthex at a higher level, a typical example of a cemetery church of the 18th - 19th century in the area.

At the beginning of 1980, scenes from the film "Alexander the Great" by Theodoros Angelopoulos were shot, but also from "Alalum" by H. Klynn, G. Kakoulidis, as well as in 2008 for the television adaptation of the novel "Damned Soils" by Dido Sotiriou. directed by K. Koutsomytis.

Panteleimonas Beach is located just below the castle of Platamonas, in a small cove. The length of the beach is 3 km. Every year it is awarded the Blue Flag by the European Union, due to the purity of the water and its sandy shore.
It combines mountain and sea and is one of the most beautiful beaches in Greece. Next to the sea there are plane trees and poplars. A river flows into the sea, thus ending its long journey from the springs of Olympus.

According to the latest archaeological excavations carried out in the area, during the construction of the railway tunnel under the castle, finds from the Prehistoric Age and the Byzantine Period were found, which led archaeologists to conclude that the ancient city of Herakleia developed there.

It is 6 km from Paleos Panteleimon, 36 km from Katerini and 56 km from Larissa city. 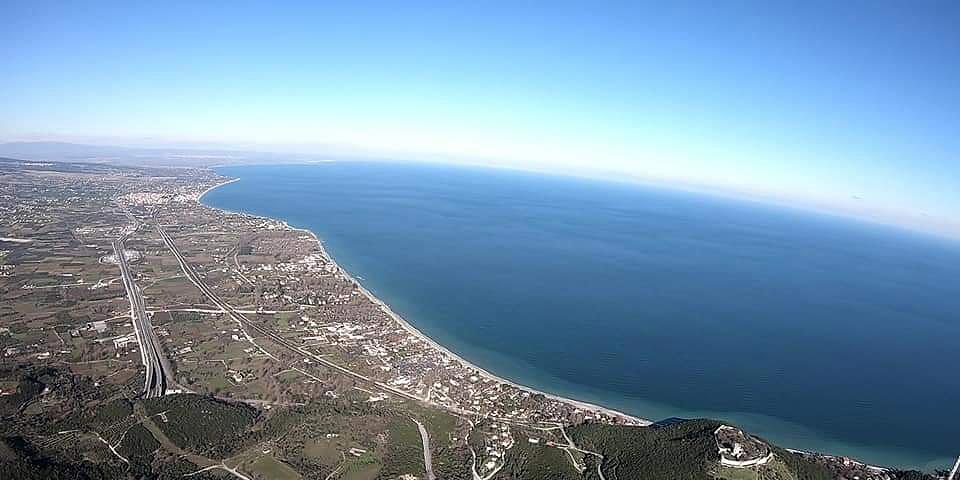